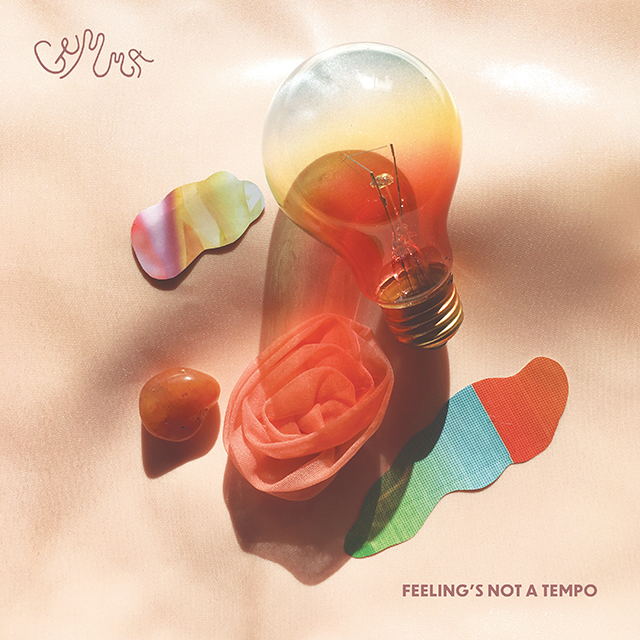 As Gemma, NYC-based vocalist Felicia Douglass (Ava Luna, Dirty Projectors) and producer Erik Gundel make effervescent art pop that pulls from funk, disco, R&B, and beyond. The duo level up on their second LP, Feeling's Not A Tempo, inviting the rhythm section of their live show, as well as friends on saxophone and upright bass, into the studio. Gundel oversees the expanded palette with a distinctly uplifting vision, also playing guitar, trumpet, keyboards, pedal steel, violin, and additional percussion. Douglass is bold and confident as a lyricist and performer, bouncing between skyward belts, falsettos and spoken word interludes. She tells Stereogum, "There's a thread of surrendering to dream scenarios across the album, escaping your reality for just a second to get by." It's out on Double Double Whammy.