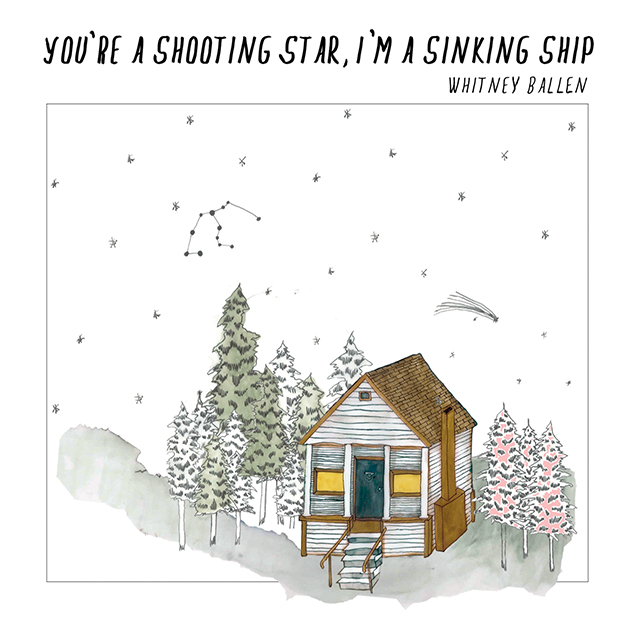 The full-length debut from Washington-based songwriter Whitney Ballen follows two EPs on which she's developed a dreamy kind of mountain twang. Her distinctive voice, sliding between whispers and yelps, brings to mind Mirah and Joanna Newsom. The music, both tender and harsh, "evokes the majestic beauty of the Pacific Northwest, an intense stillness broken up by the crashing of internal thoughts," says Stereogum. The songs on You’re A Shooting Star, I’m A Sinking Ship express a longing for people and places; ultimately, for real connections in the modern age. The record is out on Father/Daughter and Substitute Scene Records.