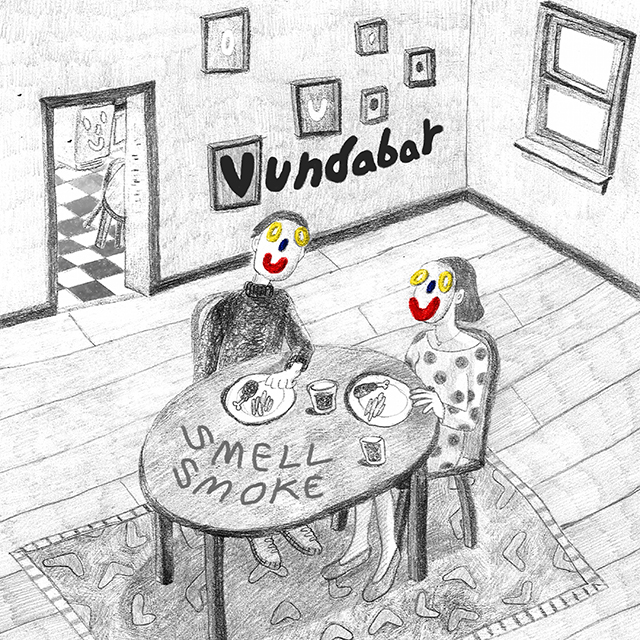 The third album from Boston's Vundabar documents grief through frantic, hook-heavy art-rock. Frontman Brandon Hagen wrote Smell Smoke during a period of loss, two years in which he was taking care of a sick loved one while concealing his despair on tour. In an attempt at airing these feelings out in the open, the record uses candid songwriting, thrashing percussion, and jagged guitar work with clever twists and turns (including a nod to post-punk group Mission of Burma on "Tonight I'm Wearing Silk"). "Smell Smoke’s careening strong structures are sharper and more dynamic than ever, and Hagen’s lyrics are crystal-clear," says Stereogum. It's out on Gawk Records.