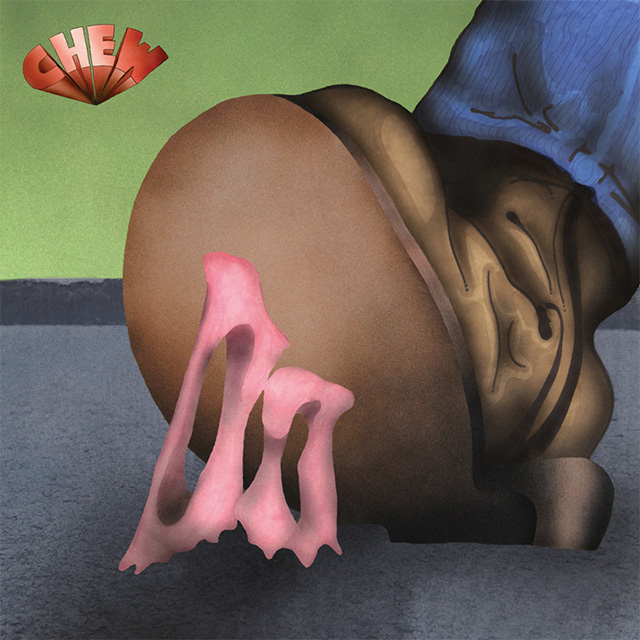 Since 2010, Nashville trio The Paperhead have moved freely between psychedelia, prog rock, and the twang of their hometown. On Chew, the band's fourth album, they add touches of soul, latin jazz and avant-pop experimentalism. These juxtapositions disorient listeners by design, with songs structured to resemble the criss-crossing transmisions of AM radio, presented in crisp, high fidelity. "They ease in and out of the different aesthetics. Beautiful harmonies and gauzy vocals drift across varying, well-arranged sonics. Far-flung yet cohesive," says Stereogum. Released on Trouble In Mind, the Chicago-based label behind Ultimate Painting, Morgan Delt, Omni and others.