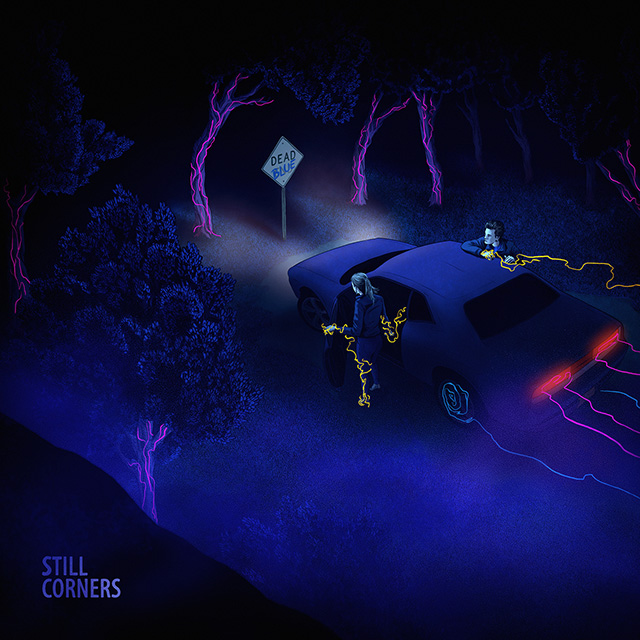 Summer's end is greeted with the arrival of Dead Blue, a fittingly dark and introspective third LP from dream-pop duo Still Corners. Written in a house along the English seaside, the album owes its name to the waters resting just beyond the window. Greg and Tessa—who formed the project in 2009 and went on to release two acclaimed records with Sub Pop—chose the quiet locale, in contrast to London, as a means of resetting and slowing down. The material that came to be is a self-described exploration of inner fears and desires; a "haunting, brooding return," says longtime fan Gorilla Vs. Bear. Also apt for this new chapter: it's out on Still Corner's own label, Wrecking Light Records.