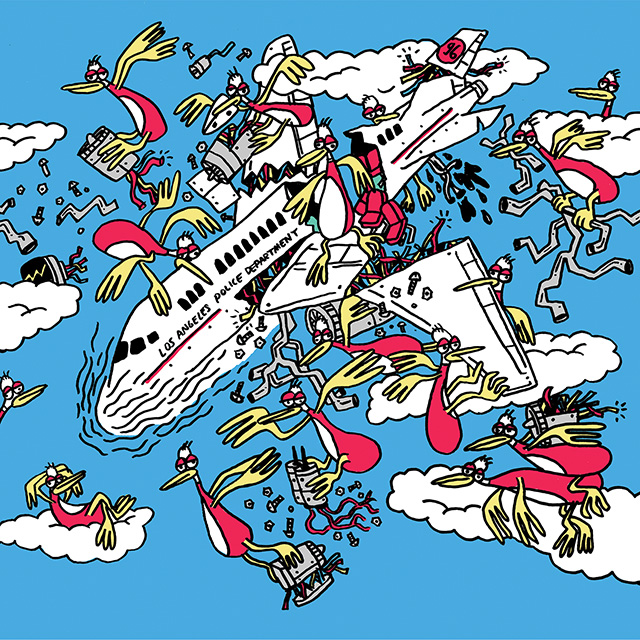 Earlier this week, Los Angeles-based songwriter Ryan Pollie opened up to Bandcamp Daily about his struggles with anxiety, something he confronts directly on his second full-length as LAPD, right down to a fear of flying referenced by its cover. In 2014, across his breakthrough debut, Pollie's vulnerable pop balladry took place primarily in his bedroom, on guitar. 2017 finds him in the studio with Foxygen’s Jonathan Rado, channeling 1970s piano greats like Randy Newman. Wiser, even if perpetually coming-of-age, Pollie sings of love and wonder. In his element, as noted in the interview: when he's recording, “everything else melts away.” Out on ANTI- Records.