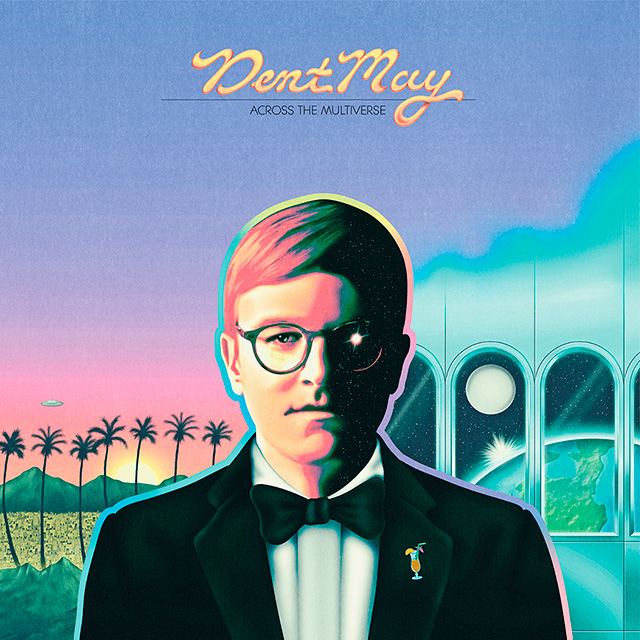 Buy
Dent May
Across The Multiverse
Out August 18th, 2017 Buy

For nearly a decade, Dent May has crafted bright, homemade pop songs that pull from the past—disco, soft-rock, country-western, psychedelia, soul, funk—all with light-hearted wit and his distinct croon. Across The Multiverse, his fourth full-length album, finds the Mississippi native embracing a hi-fi sound with the sheen of his new surroundings in Los Angeles. The self-produced collection, in which May plays just about every instrument, explores modern romance, existential dread, and interstellar charm. "It’s absolutely dazzling," says Stereogum, likening the title track, a "buoyant, string-laden" duet with Frankie Cosmos, to a mix of Burt Bacharach, ABBA, and Jens Lekman. The LP is out on Carpark Records (Toro y Moi).