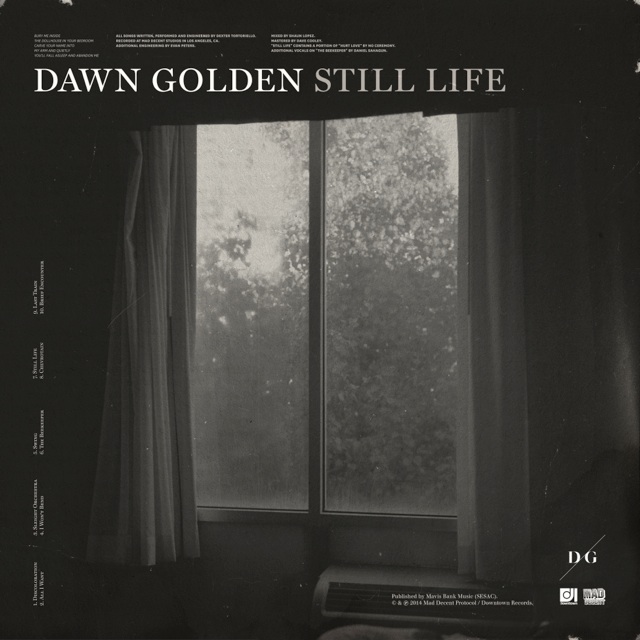 Dexter Tortoriello is probably best know thus far for his band Houses. Adored by blogs, Houses racked up thousands of hearts on Hype Machine and appeared on the year-end lists of tastemakers like Life Aquatic and I Guess I'm Floating. But it's Dexter's dreamy side-project, Dawn Golden (formerly Dawn Golden and Rosy Cross) that caught the attention of Diplo and got him signed to Mad Decent. This is the debut full-length, featuring a "rainy day feel" (Salacious Sound) that "gives us chills every time we listen" (All Things Go).