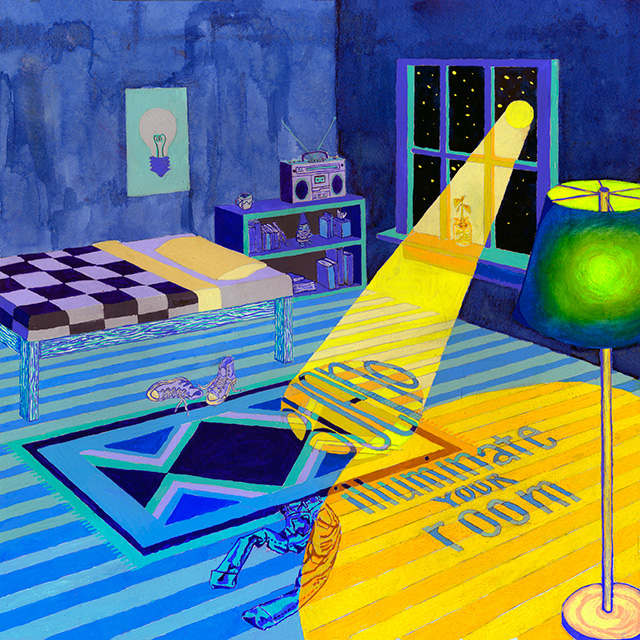 Tight since they were teenagers growing up on Staten Island, the band Bueno approach slacker rock n' roll with exceptional chemistry and precision. Illuminate Your Room, their sophomore LP, invokes a NYC lineage from late 70's Lou Reed to early Strokes, and then—as frontman and primary songwriter Luke Chiaruttini recently told AdHoc—inverts it, trading in the "power fantasy" often praised in rock for vulnerability. It was written over a span on the road, but the album centers on a single day, beginning in the early morning light and closing back at a sleepless and saxophone-filled 4:59am.