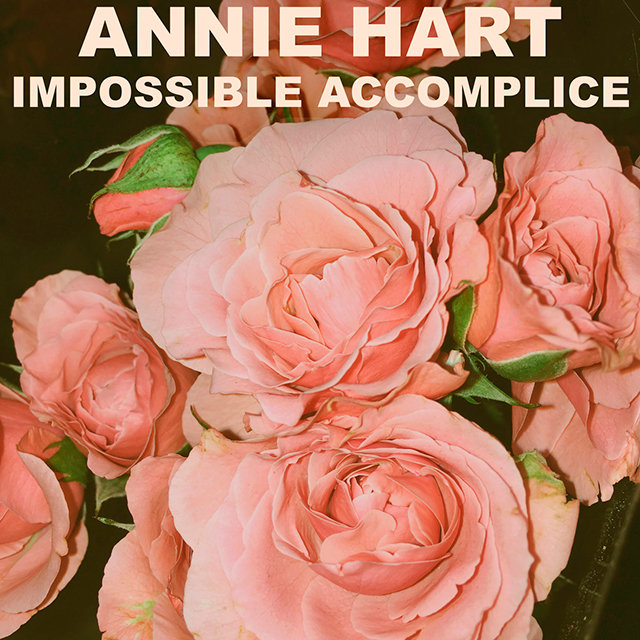 As one-third of Au Revoir Simone, Annie Hart has been crafting synth-pop songs for over a decade. During the band's four-year hiatus (outside of recent appearances on "Twin Peaks"), she's taken to solo work, recording clear-eyed material about love, melancholy, and happiness in the basement of her Brooklyn home. The arrangements, which now make up Impossible Accomplice, are sparse and hook-driven; she favored classic synthesizers and found inspiration in Laurie Spiegel and post-punk artists like Tubeway Army. "Annie Hart's album is charming for its vulnerability as much as its defiance, its ephemeral quality as much as its flowering infectiousness," says Tiny Mix Tapes. It's out on Instant Records.