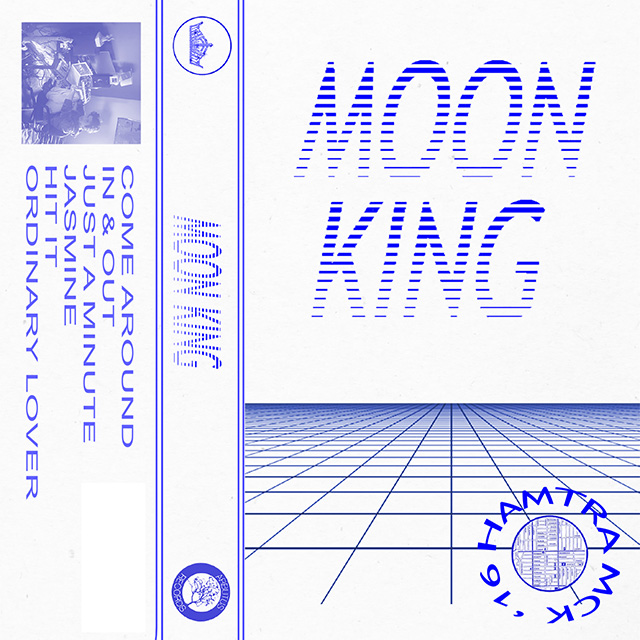 Moon King, the recording project of Toronto-born producer, singer and songwriter Daniel Benjamin, has shifted considerably in shape since its shoegaze-y debut five years ago. This can be credited in large part to location: Benjamin spent 2016 in Detroit, enthralled in the underground dance music of his new neighborhood, the storied Hamtramck. The resulting tape—made in collaboration with local artists and musicians—is an exciting foray into lo-fi synth-pop, disco, house, and soul. "His melodies have a natural bounce, shuffle, and pulse, and little details like static or his garbled delivery just add a dash of playfulness and warmth," says Pitchfork. It's out on Montreal's Arbutus Records (Blue Hawaii, TOPS).