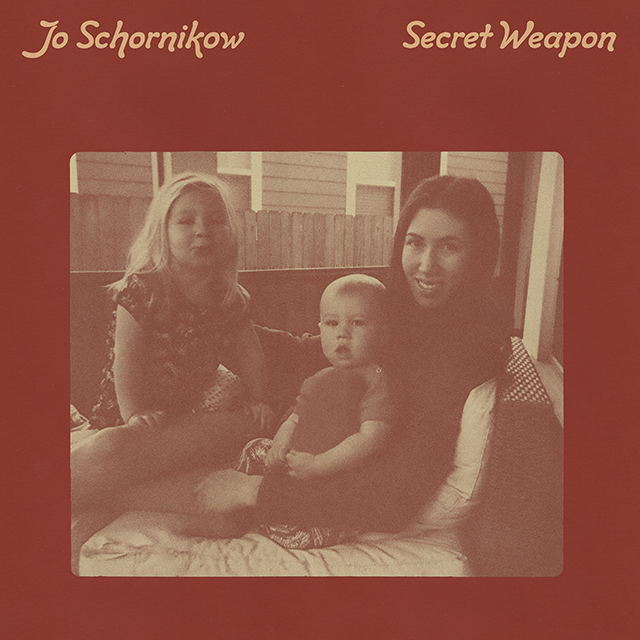 Australian songwriter Jo Schornikow presents her first solo release since 2012: "Like everyone, I’ve experienced loneliness, rejection, loss, joy, insane confidence and love. Listening to it now, the album sounds like a conversation amongst my various selves." A former church organist, Schornikow is a touring member of Phosphorescent, the band led by her partner Matthew Houck, with whom she has two children. On Secret Weapon, recorded over a modest setup in Melbourne with Shane Byron, she offsets the chaotic complexity of parenthood with quiet, slow-burning compositions of synth, guitar, and voice. It's out on Keeled Scales.