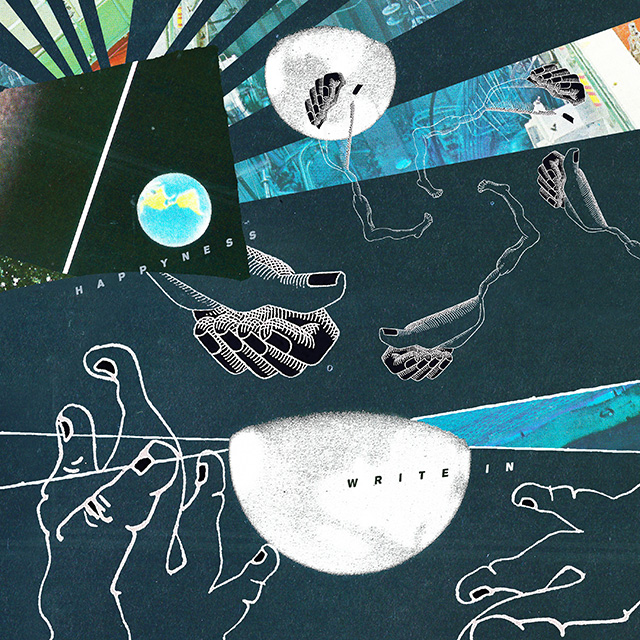 As the misspelled name suggests, South London trio Happyness make breezy, feel-good alt-rock with a sense of humor. Stereogum, naming them a "band to watch" just ahead of their breakout LP in 2014, summarize the sound best: "think of it as Sparklehorse’s mournful dream-pop pocket symphonies infused with Pavement’s winking ironic sensibility." This sophomore effort picks up right where the last left off, self-recorded to 8-track tape in the same studio, which sits above a now-abandoned bookshop. The progression is subtle, but Write In finds the guys playing and writing looser, more comfortable with the idea of letting some earnest moments shine. Out on Bar/None & Moshi Moshi Recordings.