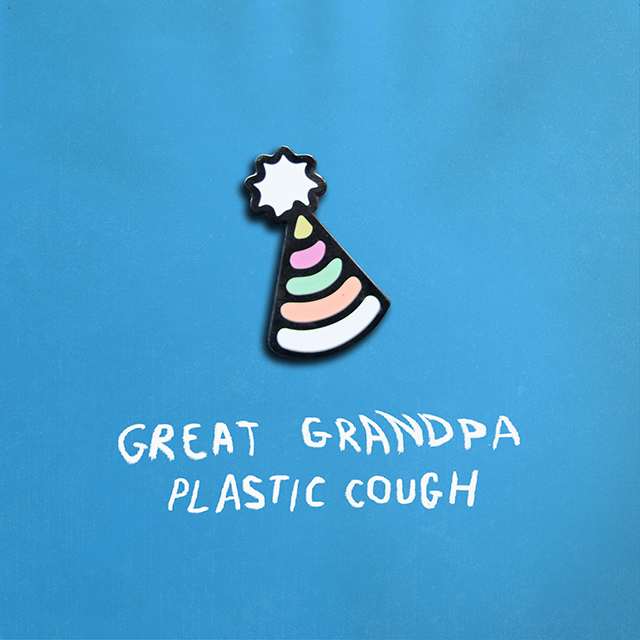 The music of Seattle five-piece Great Grandpa pulls from the power chords of '90s alternative and adds flashes of bedroom pop, math rock, and noise. The band's full-length debut, Plastic Cough, is a refined statement of the knotty arrangements and anthemic hooks they've showcased live and on their 2015 EP (earning them comparisons to Weezer and Built To Spill). Vocalist Alex Menne longs for independence from expectations, tired locations, and failed relationships, peppering each song with charateristic outburts and inflections. The album is out on Double Double Whammy, early home to Frankie Cosmos, LVL UP, and more.