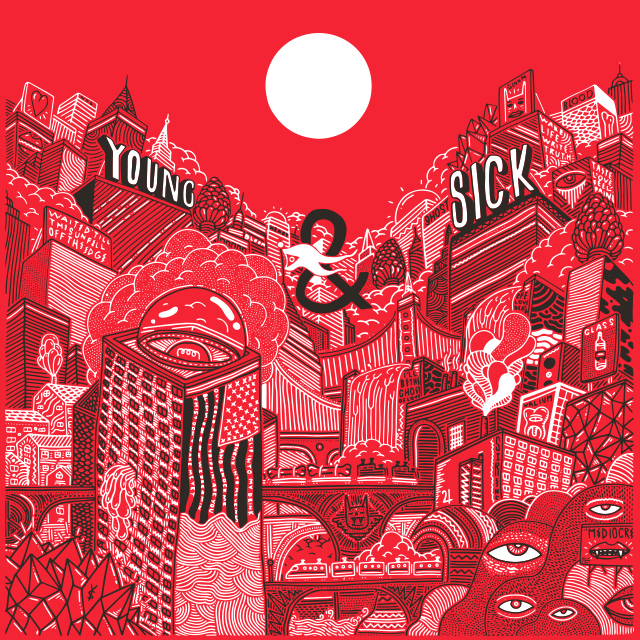 Young & Sick makes modern R&B that will please fans of The Weeknd and Frank Ocean. Until recently, he was a mysterious entity known primarily as a visual artist (creating pieces for music festivals, fashion brands and, notably, album covers for Foster the People and Robin Thicke). But a spate of blog posts following SXSW (where he played a great live set at Hype Hotel) has pegged the Dutch transplant, now living in LA, as "one to watch" in 2014. You can hear his debut album—on which he plays every single note except the trumpet parts—below, a week before it comes out.