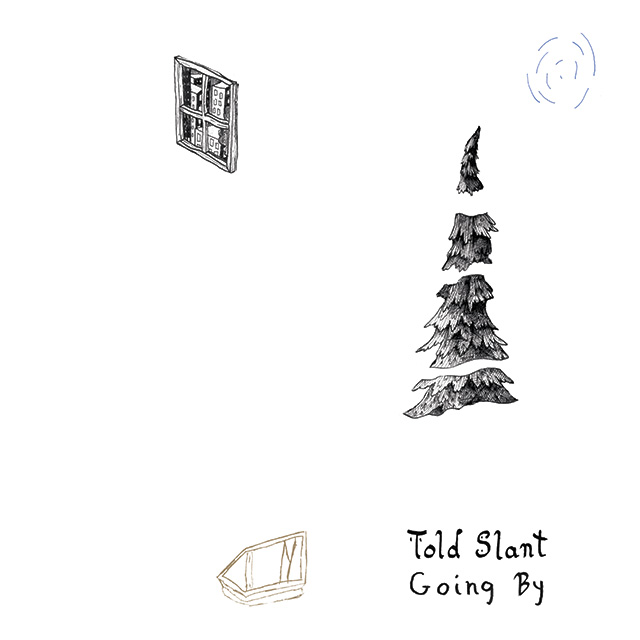 Told Slant is the songwriting project of Brooklyn's Felix Walworth, founding member of The Epoch Collective (see: Eskimeaux, Florist, Bellows, all of whom Walworth also drums and tours with). This sophomore LP strikes with a distinct narrative craft and delivery—"gutting, cathartic twists of phrase," says Stereogum, "that compel you to sing along," as evidenced at Walworth's live shows. With the voices of aformentioned Epoch friends joining in at its emotional peaks (as well as Girlpool on standout "Tsunami"), Going By powerfully navigates identity and the obstacles of life.